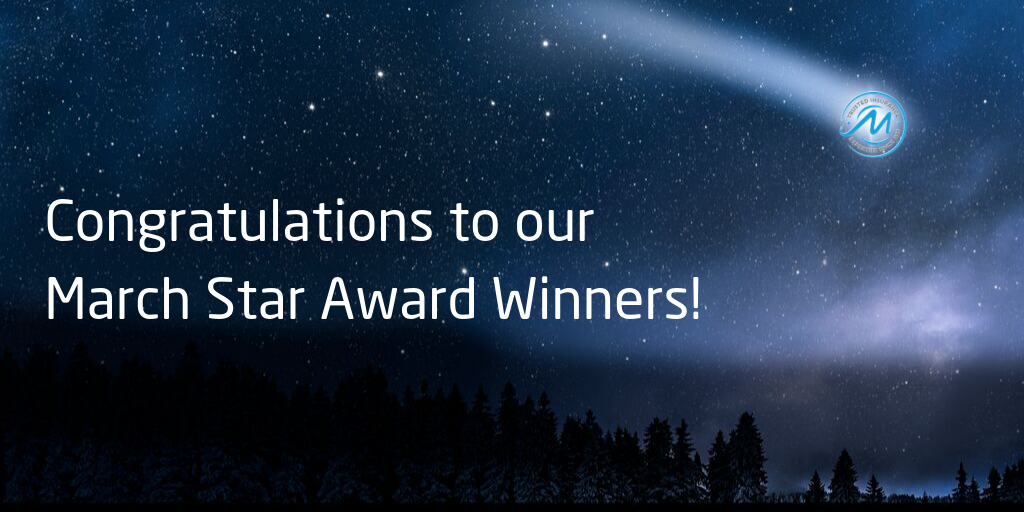 The March Star Award acknowledges and recognises staff for their hard work and those who go above and beyond to help out their colleagues, Line Managers and clients! They are nominated by staff for staff!

Our August Winners are as follows:

Michael joined TH March in December 2010 and has been nominated several times by his colleagues for a March Star Award. Here’s what some of his colleagues had to say:

“Thanks for both the extra effort and keeping up a positive attitude over past 2 weeks. Keep it up.”

“Broking Team have done a great job the last month or so coping with 2 departures plus summer holidays.”

“Always takes time to discuss a situation with you to better understand it so he can do the best job for the rep and client in his broking session; frequently goes the extra mile and I really appreciate it!”

Natascha joined TH March in July 2001 and was also nominated multiple times by her colleagues. Here’s what they had to say:

“Thanks for moving holiday around and your general efforts behind the scenes to keep us ticking steadily over whilst we are thin on the ground, all good and much appreciated.”

Nicky joined TH March in November 2011 and has been nominated for a March Star Award in August. Here’s what her colleagues had to say:

“Your experience and perseverance really helps not only the client, but your THM colleagues as well.”

“I nominate Nicky for a March star award, as she is always so willing to help. She is a real asset to TH March and to the Commercial department.”

And our September winners are:

Clare joined TH March in June 1987 as a Postal Filing Clerk. She worked in the Accounts Department up until 2011 when she transferred across into the Personal Insurances Team as an Account Handler. Clare is now a Trainer and has been nominated multiple times by her colleagues for a March Star Award. Here’s what her colleagues had to say:

“Clare is a great trainer and organiser. She has shown that she is more than capable of progressing staff members and getting them where they need to be 🙂 Well done Clare.”

“I feel that Clare is a core member of the March Plus Team. Giving support across the board, on a work and emotional level to her colleagues. A calming influence who is coping brilliantly with the demands placed upon her. We would be lost without her.”

Fin joined TH March in July 2018 on a Business Administration Apprenticeship in the Personal Insurances Admin Team. After completing his qualification Fin was offered a position as an Account Handler. His colleagues said:

“Fin is such a joy to work with. He has taken moving from the admin team to the phone team with such ease and is doing fantastically with his calls and training.”

“Fin is always happy to help with whatever you put his way, he just cracks on with it all. He is a great addition to the team.”

“Fin has moved over to account handling seamlessly and is doing really well on the phones. Also for completing his apprenticeship, well done Fin!”

Jo joined TH March in August 2010 and is one three Team Leaders who work together to co-ordinate a team of over 30 members of staff. Jo has been nominated for a March Star Award in September! Her colleagues said:

“I think Jo deserves recognition as she is always happy and willing to help out and answer queries. She even gives up her lunch break to help others study for their CII exams when they need help. Jo is very approachable even when busy. She is full of knowledge and a credit to TH March.”

“Not only is she an excellent team leader, but she deals with complaints, underwriting queries and the bulk of all travel enquiries. Renewals have now been added to her work load which she has taken in her stride with a positive attitude.” 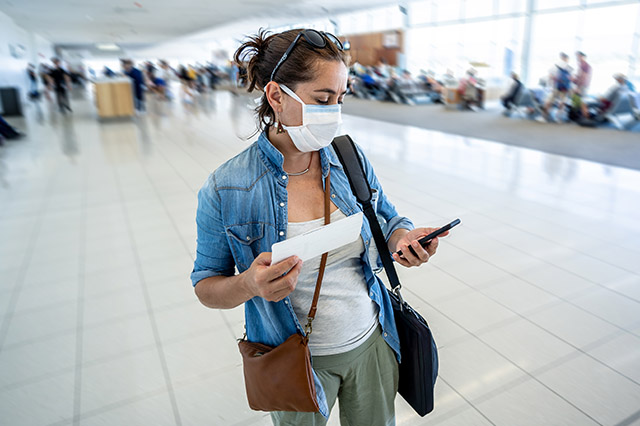 Tips for Travelling Abroad During COVID-19

Although the UK may be in the midst of attempting to reopen businesses and reduce lockdown measures stemming from the coronavirus pandemic, there are still many restrictions and safeguards in place. This is especially true in regard to travel between countries. Those taking a trip—whether it’s for business or leisure—must be aware of the safety […] 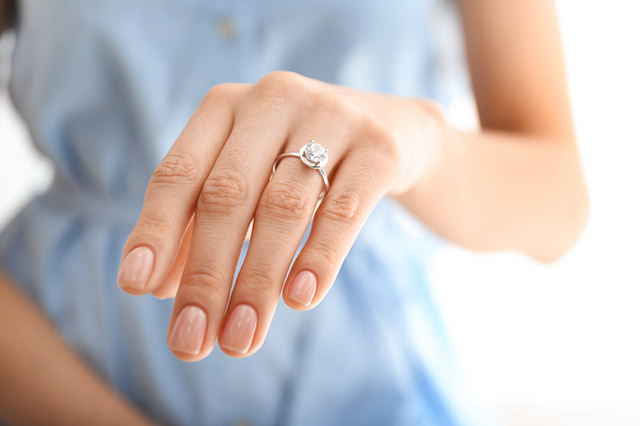 Engagement Rings: How to figure out your ring size

Are you looking to get engaged but don’t know your ring finger size? The biggest part of choosing an engagement ring is picking the right size. There are a few things to consider, from your finger shape to the thickness of the band. You don’t want to lose it to the bathroom sink whilst washing […]

Congratulations to our March Star Winners for July

The March Star Award acknowledges and recognises staff for their hard work and those who go above and beyond to help out their colleagues, Line Managers and clients! They are nominated by staff for staff! Congratulations go to Sally Leigh, Senior Administrative Assistant, Manchester Office Sally joined THM in 2000 as a Senior Administrative Assistant […] 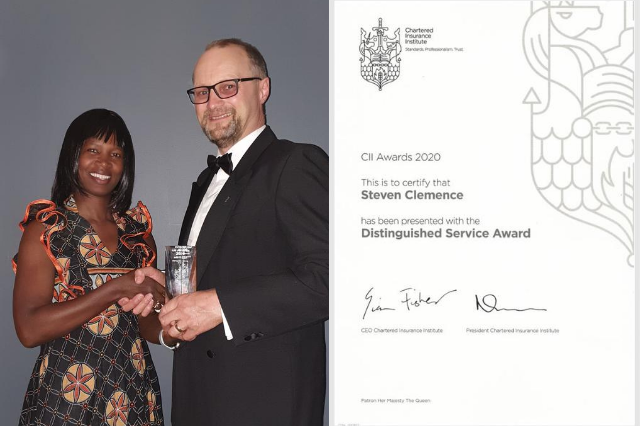 Steven Clemence, Chartered Financial Planner at TH March and Fellow of the Personal Finance Society (FPFS) has received the Chartered Insurance Institute 2020 Distinguished Award, in recognition of service to the insurance industry and the CII. Each year nominations are submitted and out of over 120,000 members worldwide Steven’s particular dedication to the profession is […] 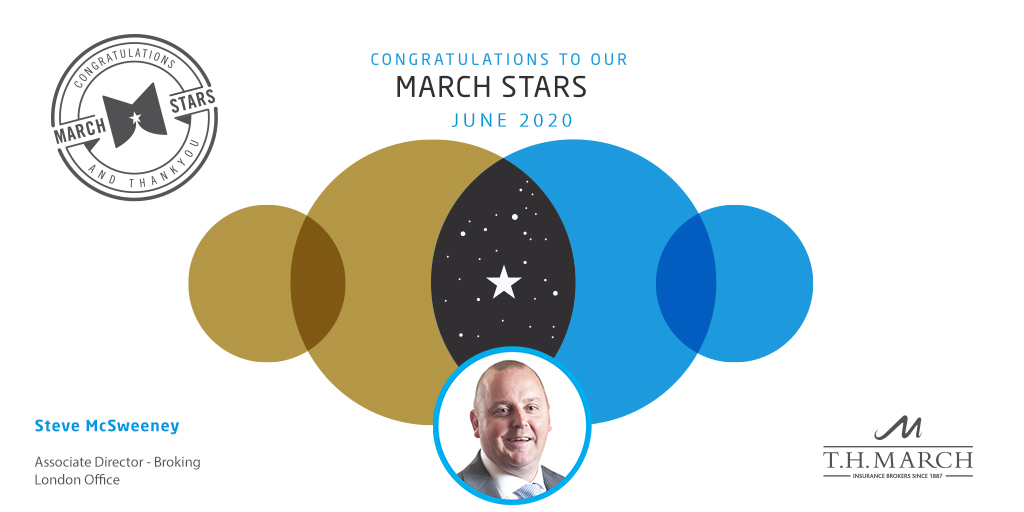 Congratulations to our March Star Winner for June

The March Star Award acknowledges and recognises staff for their hard work and those who go above and beyond to help out their colleagues, Line Managers and clients! They are nominated by staff for staff! Steve McSweeney, Associate Director – Broking, London Office Steve joined THM in February 1998. In April 2019 he was promoted […]