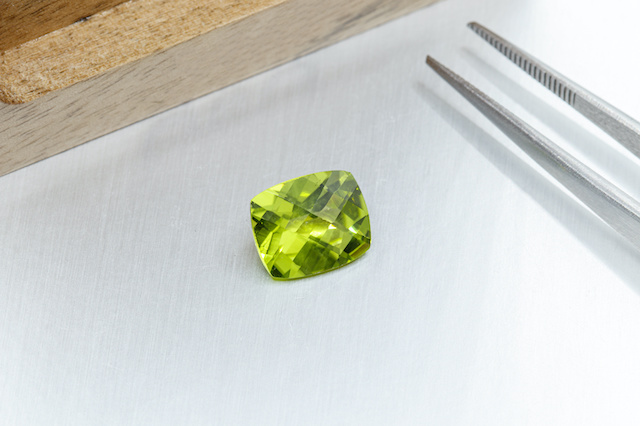 The olive-coloured peridot is as old as our solar system but is only now receiving the recognition it deserves.

The birthstone for August is not the most well-known precious gem and is often overlooked as a result. In the past, peridot has been confused with other gemstones, including emerald and topaz. However, it has many unique properties and is one of the few precious gems to come in just one colour.

With its zesty olive-green hue and exceptional clarity, we think it’s time for the peridot to enjoy the spotlight.

While peridots have been treasured throughout history, these pale green stones were often mistaken for other, better known, precious gems.

The name we use for this unusual stone is thought to have derived from the Arabic word faridot, which means gem. However, the peridot has been misinterpreted by cultures across the globe for thousands of years.

The Cologne Cathedral in Germany is home to the Shrine of the Three Holy Kings and is decorated with what are now known to be peridots, but were originally believed to be emeralds.

Experts also suggest that Cleopatra’s beloved ‘emeralds’ were, in fact, peridots. The ancient Egyptians were not the only people to have misunderstood this precious stone. Ancient Romans called it the ‘evening emerald’ because they believed its bright green colour was only truly visible at night.

We now know that the Red Sea island of Topazios produced peridots, rather than its namesake topaz. Legend says that Egyptians saw off the deadly snakes that infested the island to mine the coveted treasure.

Like diamond, peridot is formed under extreme conditions of heat and pressure deep within the Earth’s crust. However, not only has it been retrieved from volcanic lava, it has also been discovered in outer space.

In ancient Egypt, the peridot was known as the ‘gem of the sun’ because people believed it had fallen from the sky. In fact, the myth seems to have held some truth. In 2006, NASA’s spacecraft Stardust brought back samples of minerals from near the sun. Among the particles collected were gem-quality peridots, which scientists estimate to be as old as the solar system.

Some peridots have, quite literally, come from another world. While most peridots used in jewellery have been mined, some rare specimens have landed on Earth from outer space. In 1951, a Patagonian farmer, living near the town of Esquel, found one of the most beautiful meteorites ever discovered. The Esquel meteorite included olive-green peridot crystals. It formed in the asteroid belt, between Mars and Jupiter at a time when the planets were first coming together.

A new era for the peridot?

Could this unusual stone finally be receiving the recognition it deserves? Jewellery expert and Vogue magazine editor Carol Woolton believes a “peridot renaissance is underway.” She describes peridot as having an “edgy, fluorescent look which is entirely modern,” and says the precious gem reflects “this generation’s urgent desire for hope and regeneration.”

While a peridot can be more than four billion years old, its vivid colour makes it perfectly suited to contemporary designs. A stunning example is this pair of stud earrings, each featuring an oval peridot set above a blue topaz. These striking pieces by Kiki McDonough were once worn by Kate Middleton.

Its incredible transparency makes peridot a stunning centrepiece for any fine jewellery. And, not only is it the August birthstone, it is also the traditional gem for a 16th wedding anniversary.

Choosing and caring for your peridot

Like all gemstones, peridot is graded according to colour, clarity, cut and carat weight. Size is the key factor in determining price and a larger stone will always be more valuable. However, thanks to its clarity and distinctive colour, a smaller peridot will still capture attention. It is a versatile stone that comes in many common and more unusual cuts, including oval, cushion and emerald.

Because it is brittle, peridot is vulnerable to chips and scratches. That is why it’s important to store it carefully, avoiding contact with harder stones, which could cause damage. You should also protect it from chemicals, including perfumes and hairspray.

If you decide now is the time to add a piece of peridot jewellery to your collection, you may need bespoke jewellery insurance to protect such a special purchase. Our jewellery and watch insurance will give you peace of mind so you can relax and enjoy your precious item. 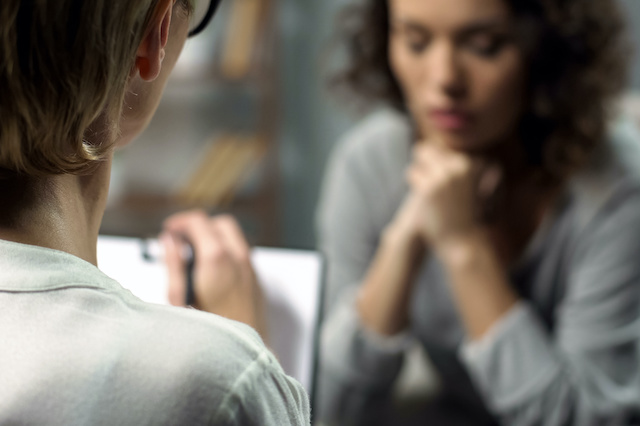 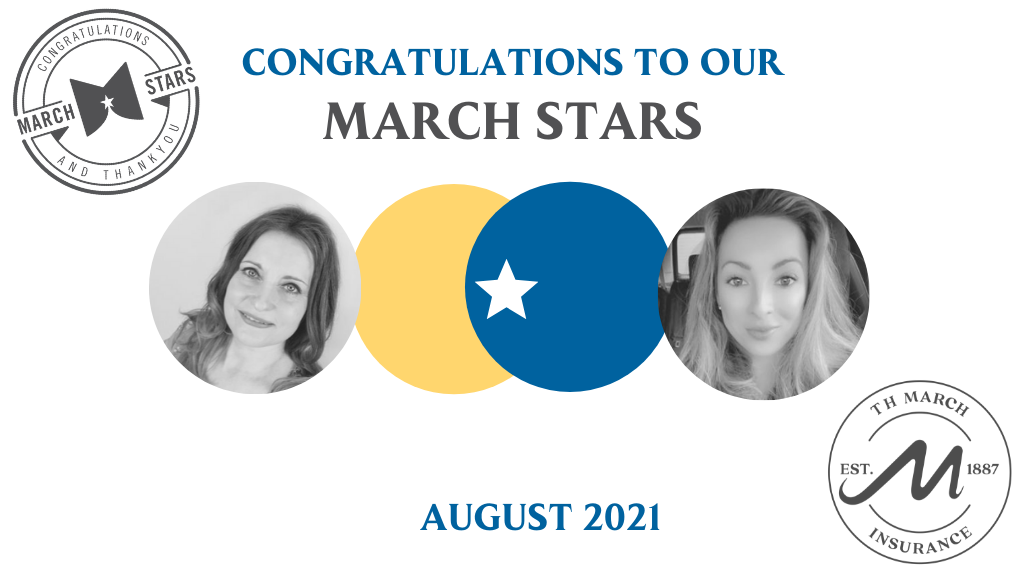 The March Star Award  acknowledges and recognises staff for their hard work, going above and beyond and for fulfilling the TH March Values. They are nominated by staff for staff! Congratulations go to Debbie Carr, Account Executive, Manchester Office Debbie joined the THM Manchester Team in January 2019 with a over 20 years experience in the insurance […] 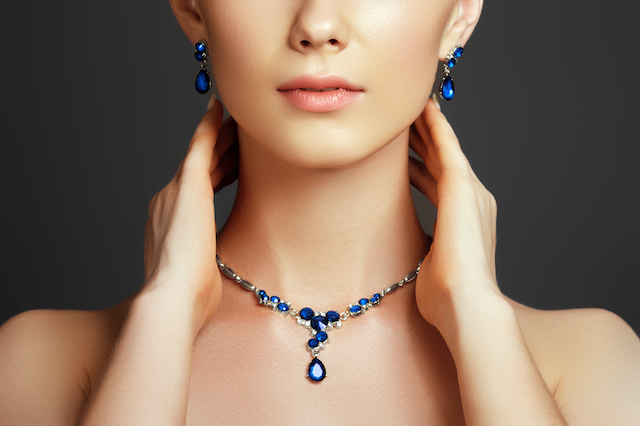 Treasured as one of Earth’s most precious gemstones, in ancient times the sapphire was believed to protect the wearer from evil. Today, September’s birthstone continues to capture hearts with its dazzling beauty. Brilliant and timeless, the sapphire is the traditional birthstone for September. It is said this much-loved stone represents loyalty, fidelity and truth, making […] 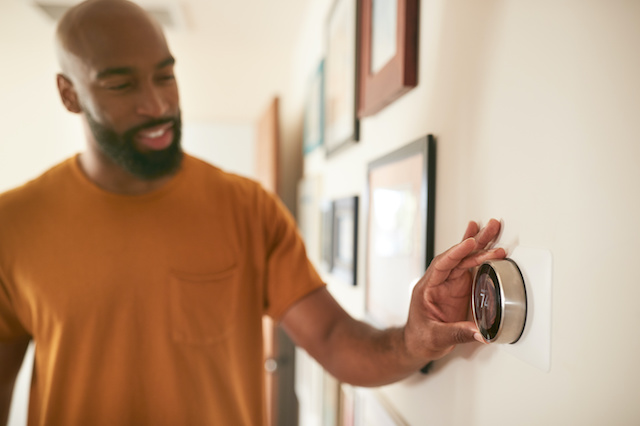 Cutting Down on Your Energy Bill

According to the Office of Gas and Electricity Markets (Ofgem), the average UK household spends around £1,254 a year on energy bills. Households can take many different steps to help reduce energy bills, many of which can be completed in just a matter of minutes. Consider the following: Switch appliances to standby mode or turn […] 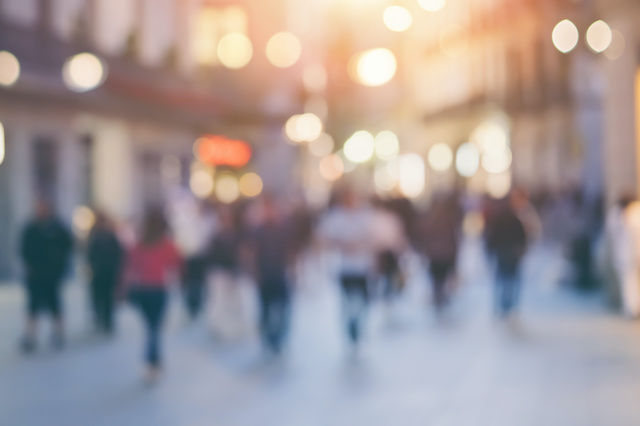 Tips for Reducing the Cost of Your Commute

As the UK continues to return to the way of life before the coronavirus pandemic, one aspect of regular routines that may come back is commuting to and from work. The ongoing cost of daily commutes can become expensive. Fortunately, there are ways to cut these costs and save money while still getting about. You […]